Probiotics and Antibiotic use- benefits and effects 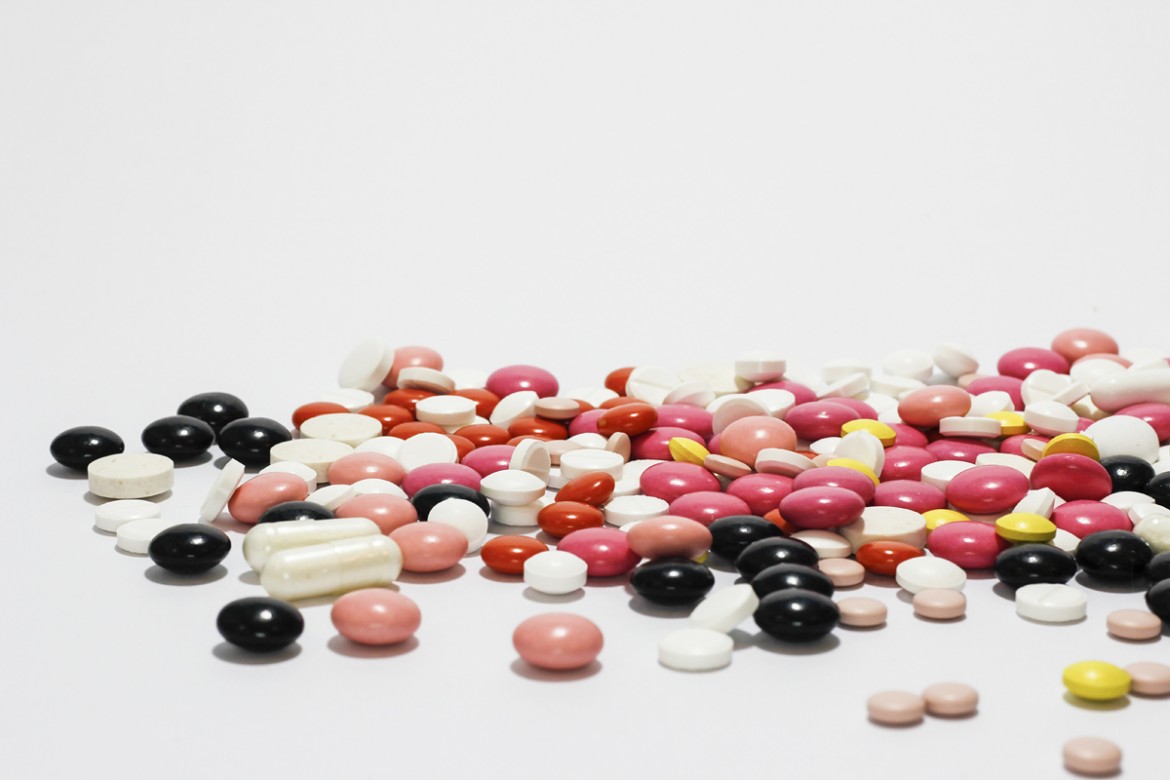 Probiotics, supplements that contain Lactobacteria and bifidobacteria amongst other micro-organisms, which reside in the intestine, are often taken and prescribed during and after a course of antibiotics. Supplementation prevents the levels of these intestinal bacteria from declining during treatment and has beneficial health effects.

The gastro-intestinal microflora and its development

The bacterial inhabitants of the human gastrointestinal tract constitute a complex ecosystem. More than 400 bacterial species have been identified in the faeces of a single person with most of these occupying the large intestine. The upper gastrointestinal tract (the stomach and small intestine) normally contains a sparse microflora; the bacterial concentrations are less than 104 organisms/ml of intestinal secretions. These organisms are mainly derived from the mouth and pass through the gut with each meal. In contrast, the large intestine normally contains a luxuriant microflora with total concentrations of 1011 bacteria/ml of stool. Anaerobic (non-oxygen consuming) bacteria such as Bacteroides, anaerobic streptococci, and clostridia out number E coli by a factor of 1,000 in the adult.

Intestinal colonization by lactobacilli and bifidobacteria begins during the birthing process. Prior to birth, the gastrointestinal tract of the newborn is completely sterile. During delivery, the newborn is inoculated with microorganisms from the birth canal and the mother’s fecal flora as well as from organisms from the environment. In the first week, the organisms that are best suited to the intestinal environment become established. Initially there is a predominance of Escherichia coli (E. Coli), enterococci and streptococci. A diet of breast milk creates a colonic environment that favours the growth of the beneficial simple flora of bifidobacteria and a few other anaerobes.

Breast milk contains many oligosaccharides (growth stimulants for bifidobacteria) as well as living bacteria (lactobacillus and bifidobacteria) and is beneficial for establishment of the infant’s intestinal microflora. In formula-fed infants the microbiota is more complex (resembling the adult flora), containing far fewer beneficial bifidobacteria and more bacteroides species, clostridia and anaerobic streptococci. As the amount of solid food increases in the diet, the bacterial flora of formula fed and breast fed infants approaches that of adults.

Common strains of lactobacilli and bifidobacteria found in the human gastrointestinal tract include: 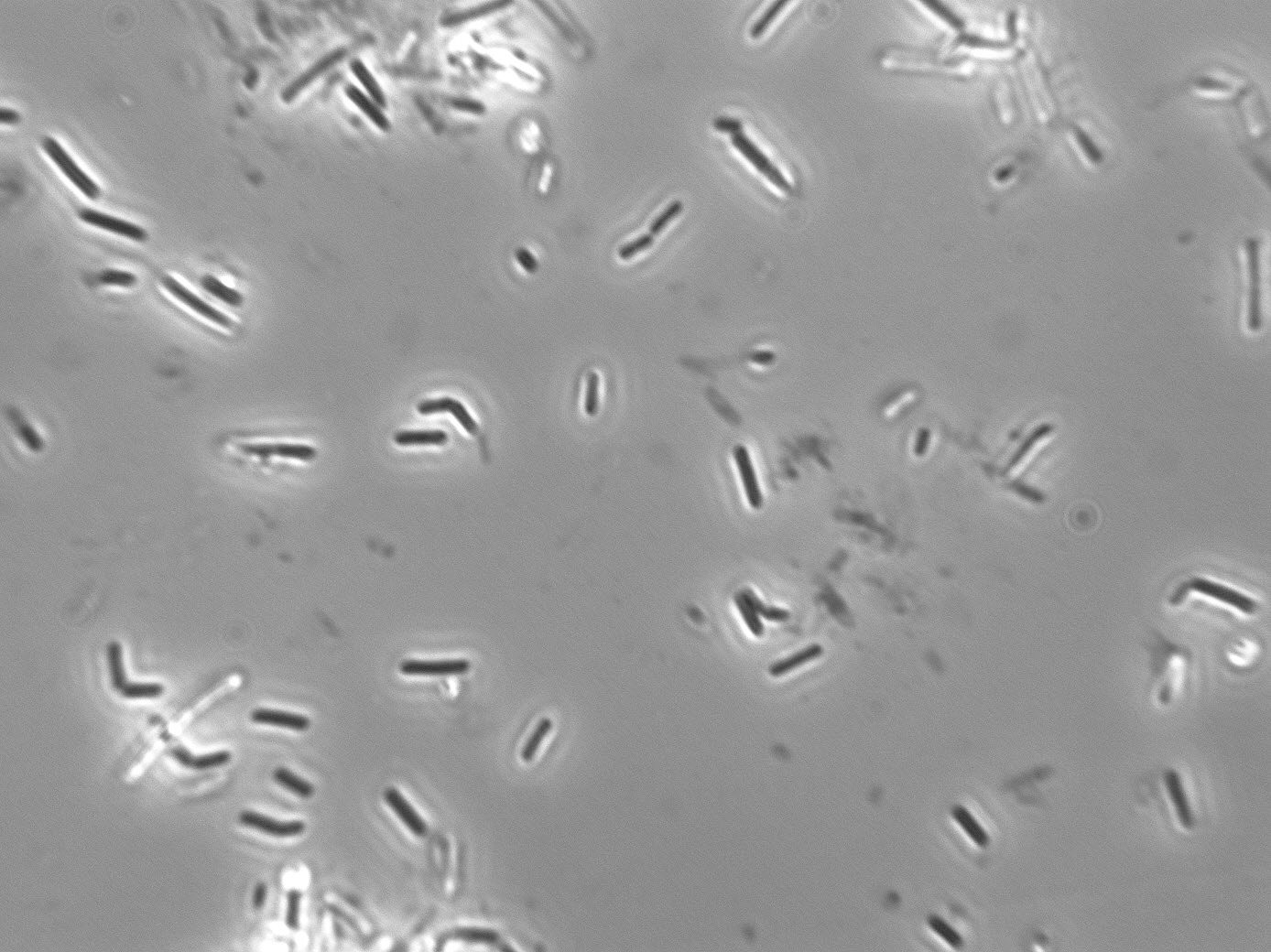 Antibiotics and effects on the intestinal flora

Antibiotics are used as agents to prevent and treat infections throughout the body caused by pathogenic (disease causing) bacteria and other microbes, and rank as one of the most important developments of modern medicine. The word ‘antibiotic’ is derived from the Greek term ‘biotikos’ and may be literally translated as ‘against life’. Antibiotics were first used centuries ago by the Chinese in the form of mouldy soybean curd applied to carbuncles and furuncles (boils). The ancient Greeks, including Hippocrates (the Father of Medicine) routinely used agents with antimicrobial properties such as myrrh and inorganic salts in their treatment of infected wounds.

Penicillin was discovered by Fleming in 1928 and its use became widespread in the 1940s during the war years. By the 1950s the ‘golden era’ of antibiotic development and use was well underway. Antibiotics such as amoxicillin, cephalexin, flucloxacillin, dicloxacillin, augmentin, which are widely prescribed today are all penicillin derivatives.

In experimental animals and in humans it has been shown that administration of penicillin derivatives such as kanamycin or ampiox cause disturbances in normal intestinal microflora, manifested by a sharp decrease in levels of Lactobacteria and Bifidobacteria, as well as the appearance of large amounts of pathogenic (disease causing) enterobacteria and Enterococci. In general, antibiotics that have a wider spectrum of activity, against both gram positive and gram negative organisms have a greater impact on the intestinal flora. These include antibiotics within and outside the penicillin family. Also the larger the dosage and the longer its administration, the greater the effect on the intestinal flora.

If an antimicrobial agent does severely affect the intestinal microflora, negative repercussions on the host’s health can result. These repercussions include the overgrowth of already present microorganisms such as fungi (candidiasis) and Clostridium difficile, the establishment of new resistant pathogenic bacteria such as Klebsiella that can colonize other areas of the host, a decrease in the production of short chain fatty acids, which can lead to electrolyte imbalances and diarrhea and a greater susceptibility to intestinal and genitourinary pathogens (e.g. urinary tract infections) owing to the decrease in colonization resistance.

Oral supplementation with Bifidobacteria and Lactobacteria, during and following cessation of antibiotics, can result in restoration of intestinal microflora and decrease the impact of antibiotics on the gastrointestinal tract environment. Other beneficial bacteria that can be consumed as probiotics include E. Coli and Streptococcus.

The Food and Agricultural Organization of the United Nations and World Health Organization have defined probiotics as “live microorganisms which when administered in adequate amounts confer a health benefit on the host”.

More than a third of patients taking antibiotics without probiotics, however, develop Antibiotic associated diarrhea (AAD). AAD is associated with several pathogens, including Clostridium difficile, Clostridium perfringens, Klebsiella oxytoca, and Staphylococcus aureus, and varies widely in severity. Probiotics appear to be effective in preventing and treating AAD in children and adults receiving a wide variety of antibiotics for a number of conditions. No single probiotic strain has high-quality evidence; however, most of the randomized control trials (RCTs) included in recent meta-analysis studies used combinations of Lactobacillus species, which are usually found in over-the-counter antidiarrheal probiotic supplements. A recent meta-analysis study evaluated trials on the efficacy of Saccharomyces boulardii (a yeast based probiotic) and lactobacilli in the prevention and treatment of diarrhea associated with the use of antibiotics and revealed results in favour of active treatment over placebo.

No standard dose exists, but dose ranges in RCTs are 107 (10 million)- 1010 (10 billion) colony-forming units per capsule (taken one to 3 times daily). The duration of treatment ranges from one to 3 weeks—or as long as the patient continues to take antibiotics. A 2-3 month course may be recommended however to re-establish and maintain good levels of the beneficial bacteria in the intestine. Generally it is considered that a quality probiotic product may contain 1 x 109 colony forming units/gm. The ingestion of 1 – 10 billion viable Lactobacillus acidophilus, Lactobacillus casei GG, or Bifidobacteria bifidum organisms daily is currently believed to be a safe dosage for most people.

There are several commercially available supplements containing viable microorganisms with probiotic properties, either in freeze-dried form (capsules and powder) or as fermented food products. The most commonly used probiotics are the lactic acid bacteria including various Lactobacillus, Enterococcus and Bifidobacterium species and nonpathogenic yeasts, principally Saccharomyces boulardii. 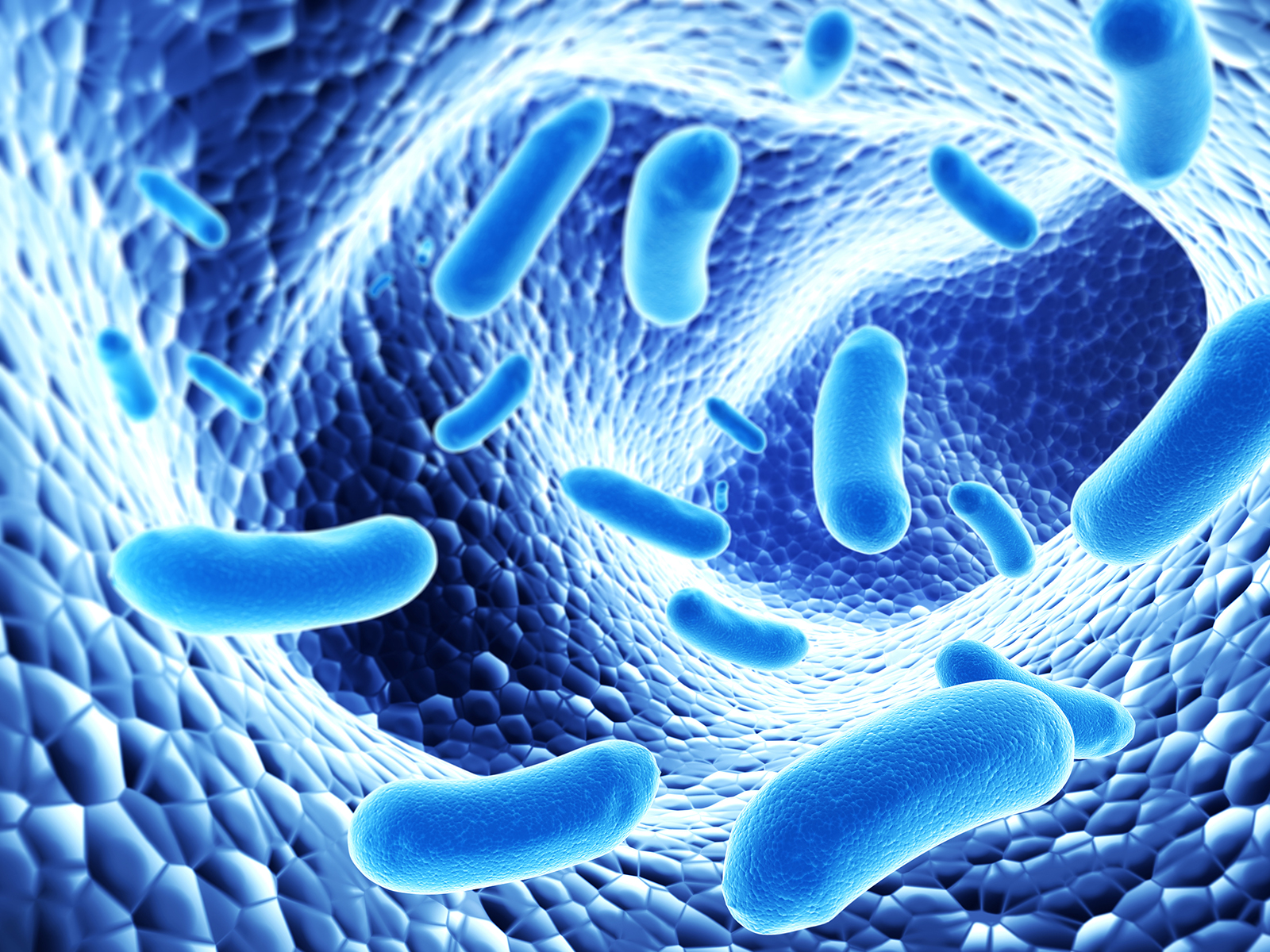 How do probiotics work?

Probiotic agents exert a beneficial effect in preventing pathological infection (bacterial, parasitic and fungal) and maintain health via a wide array of actions.

In terms of specific strains, the following effects have been observed in studies.

Lactobacillus casei strain GG and Lactobacillus plantarum have demonstrated the ability to competitively inhibit the attachment of enteropathogenic Escherichia coli to the gut wall and Saccharomyces boulardii (yeast like probiotic) has been shown to decrease attachment of Entamoeba histolytica trophozoites (parasites) to red blood cells. Lactobacillus Plantarum 299v also reduces mucosal inflammation in the gastrointestinal tract and is prescribed in individuals with irritable bowel syndrome and inflammatory bowel disease.

The Lactobacillus Rhamnosus strain GR-1 can generate oxidative stress responses that inhibit Candida albicans, prevent its biofilm formation, and depending on the conditions, can actually kill the fungus. This species has also been found to double the cure rate of bacterial vaginosis (Gardnerella vaginal infection) when it is taken concomitantly with a 7day course of metronidazole (flagyl) for 30 days. This augmentation of antibiotic efficacy has been further examined in vitro, and the dose of amoxicillin required to kill uropathogenic E coli (UTI) was halved with the co-inclusion of Lactobacillus GR-1.

These findings also indicate specific species and strains of beneficial bacterial have effects on eradication of specific pathogens.

Probiotic therapy is recommended at the same time as well as after antibiotic use as it seems to provide greatest benefit in decreasing putrefactive toxins such as Branched chain fatty acids, iso-butyrate and isovalerate produced by pathogenic bacteria and increasing beneficial microbial metabolites such as short chain fatty acids (SCFA) and lactate.

SCFA and lactate acidify the intestinal lumen, causing growth arrest or even death of opportunistic pathogens. In addition, the SCFA are an energy source for the host: butyrate for colonic epithelial cells, acetate and propionate, in amongst others, liver and muscle cells and enhanced production is thought to be the mechanism behind preventing diarrhea caused by antibiotics. In addition probiotics produce ammonia, hydrogen peroxide and bacteriocins that also have antimicrobial activity by inhibiting pathogenic bacterial growth, adhesion and biofilm spread.

Saccharomyces Boulardi is a tropical yeast and is used as a probiotic as it fights against pathogenic yeasts (e.g. Candida), Clostridium Difficile (antibiotic associated diarrhea) Helicobacter pylori, and has beneficial effects in individuals with irritable bowel syndrome (IBS), HIV/AIDS associated diarrhea, Inflammatory bowel disease and traveller’s diarrhea. Oral administration of Saccharomyces boulardii activates several markers of immunity in the circulation, breaks down bacterial toxins, inhibits attachment of disease causing bacteria such as E Coli and Salmonella typhimurium and prevents degradation of the tight junctions between intestinal cells (maintains intestinal wall integrity). Modulation of the immune system by probiotics including Saccharomyces Boulardii has been shown to decrease inflammation in the intestine and decrease gut permeability (leaky gut). Leaky gut or increased intestinal permeability has been shown to be an underlying pathological factor in many conditions, including autoimmune disease, allergy, food intolerances and inflammatory bowel disease. Studies also report an increase (75%) in intestinal brush border enzyme activity of lactase, sucrase, maltase, alpha- glucosidase, and alkaline phosphatase in subjects receiving Saccharomyces boulardii. The first 3 enzymes are important for digestion of the sugars lactose, sucrose and maltose.

Hence, as mentioned before it can be seen that specific species and strains of beneficial bacteria have specific effects. In addition, because of the varied actions, it is unlikely pathogens will develop resistance against probiotic agents.

Probiotic organisms require certain characteristics to enable them to exert maximum therapeutic effects. These include; (1) gastric acid and bile salt tolerability and stability thereby allowing survival through transit of the stomach and proximal small intestine to the large intestine (2) an ability to adhere to the intestinal mucosa and (3) an ability to colonize the intestinal tract. Another vital characteristic is the ability to produce antimicrobial compounds and directly antagonize more pathogenic organisms and yield a functional or clinical benefit to the host when consumed. Selecting a good probiotic to supplement with hence depends on the quantity of viable bacteria delivered/day (> 107), the characteristics of the strains in the supplement and adequate viability (so that sufficient numbers of bacteria are viable at the point of consumption) as well as the health condition of the individual and antibiotic regime implemented.

Discussion with an integrative medicine practitioner/naturopath is recommended to determine this choice. 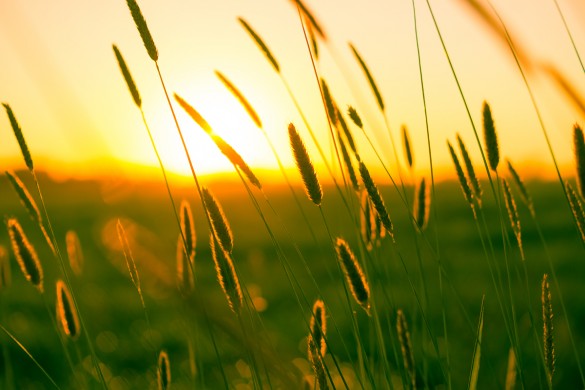 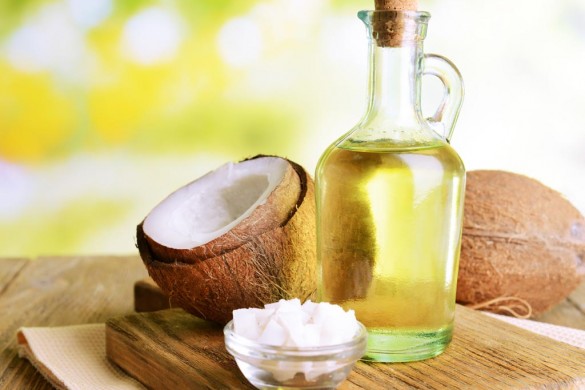 What is the real story behind Coconut oil and saturated fat and their role in Coronary artery disease? 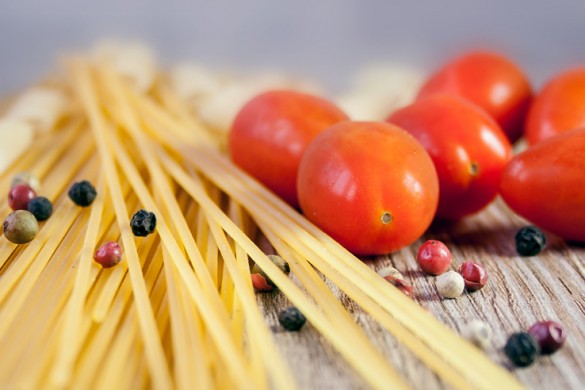 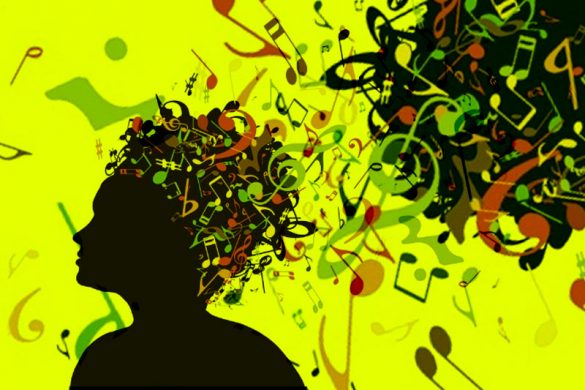 Sound and its benefits on human health (Music and chanting). 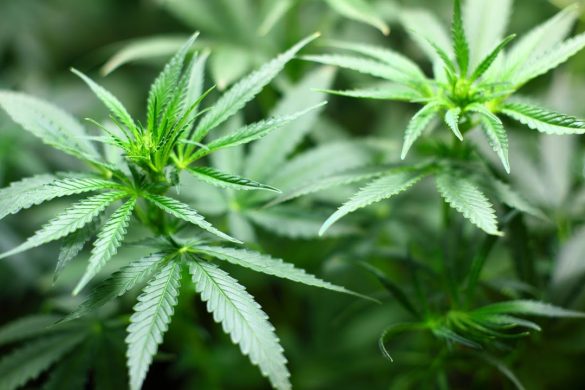 Cannabis and its medical use